Ever since cannabis was legalized in Ontario, cannabis products have become increasingly popular. That's only continuing to rise now that House of Cannabis stores in Toronto are offering weed delivery in Mississauga for any cannabis products you're interested in trying.

Yet, did you know that there are actually some rules that you can follow to ensure that you're always consuming politely alongside friends and loved ones? It's true!

Many elements of weed etiquette actually started long before legalization, and before customers could order weed delivery in Mississauga for cannabis products.

Some have been rooted deeply in cannabis culture for decades. House of Cannabis stores in Toronto want to help you make sense of weed etiquette, so you don't accidentally make a social faux pas the next time you're smoking with your buddies.

Before we jump into some actual rules for weed etiquette, let's discuss why it matters. 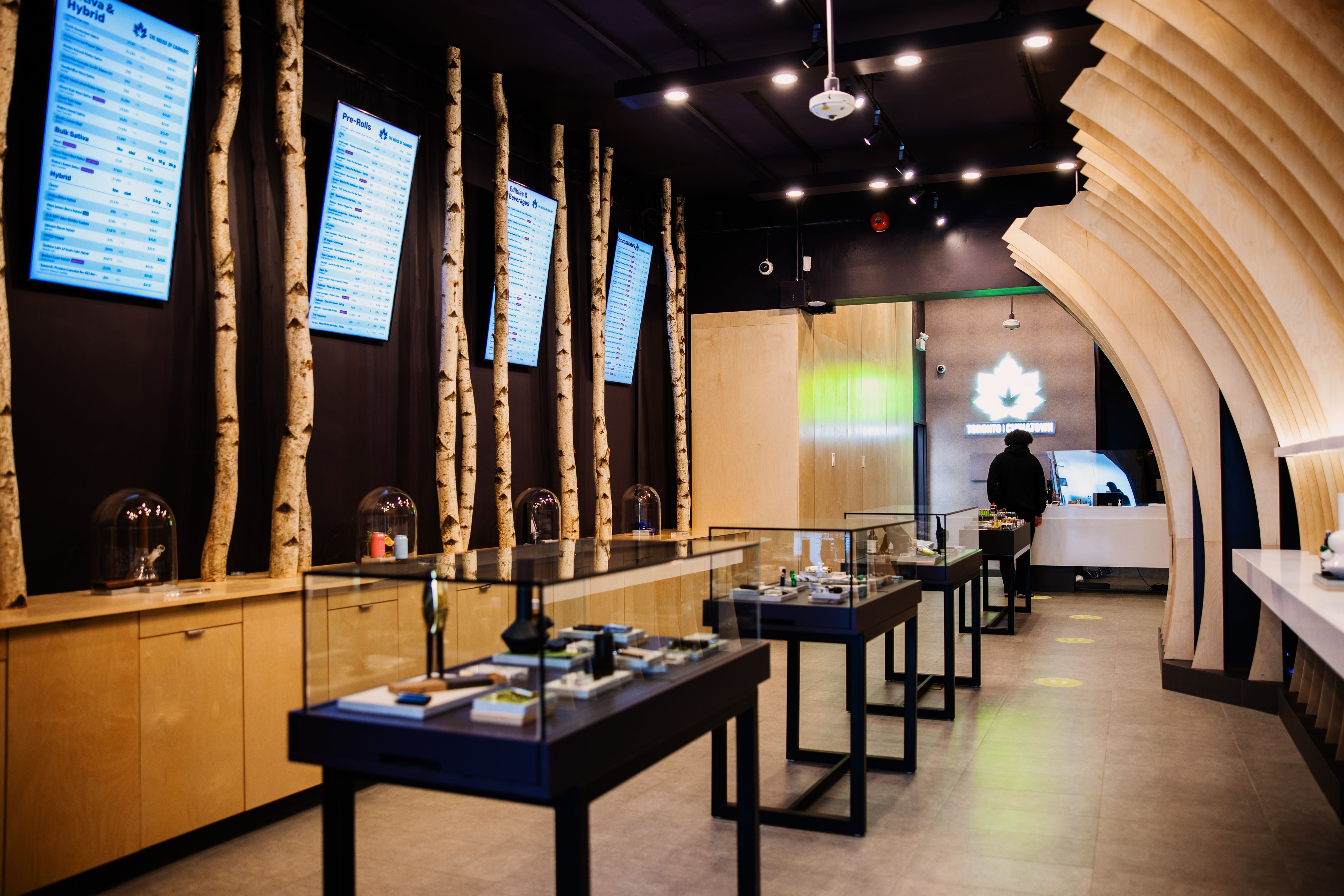 Why Does Weed Etiquette Matter?

Etiquette at its core tends to seem very formal and regal, but the reality is that etiquette is just another way of talking about consideration, honesty, and respect, which is something we should all strive to uphold when we're socializing with friends and family.

When it comes to weed specifically, etiquette can refer to anything from the unwritten rules about how to share a joint to specific things that you should avoid doing.

This all matters because sharing cannabis is a very social experience, and if you have terrible weed etiquette, you might not be invited back to join the next session.

You don't want that to happen, and no one wants to accidentally do something rude or disrespectful, so take these useful tips to heart before you order cannabis delivery in Mississauga for weed products and accessories you're planning to share.

7 Tips for Improving Your Weed Etiquette

There's no hard and fast reason why cannabis consumers are expected to pass the joint, pipe, or bong to the person on their left when they're done their turn, but it's one of the most recognizable parts of weed etiquette.

Some people believe that this tradition started because most people are right-handed, so that makes it a little easier for the person on your left to grab it from you.

Others believe it's tied back to old Navy traditions, where decanters of port were passed at the table on the port side (to the left).

Regardless of the reasoning, make sure that when you're done taking your turn, you pass whatever you're using to the left. Left is the right way.

If someone turns to you in the middle of the session, while you're holding the joint/bong/etc. and says, "hey, it's not a microphone", they could be teasing you a bit because you're hogging the cannabis.

Especially once we're partway through a cannabis session, you may begin to already feel the euphoric sensations brought on by THC. In turn, you may not realize that you're talking a lot or forget to pass the cannabis while you're telling a story.

Don't take offense if someone says this to you, but this also isn't supposed to be a cue to then use some more cannabis before passing it. Just pass it.

It's not fair to everyone else if you're holding the cannabis and talking, and no one else is getting to enjoy it. Especially with a joint, where it will continue to burn away, regardless of whether or not you're smoking it.

3.) Bring Your Own Stuff

Nobody wants to regularly invite someone to their sessions if that person is known for being a mooch. For the sake of everyone else (and fairness), it's really important you remember to bring your own cannabis products with you to group sessions.

That's not to say that your friends can't help you out occasionally, if you haven't had a chance to restock your cannabis with weed delivery in Mississauga, but this is definitely not something you want becoming a habit.

If your friends do end up spotting you for a session or two, make the extra effort to bring enough for them as well the next time.

Before you plan your next cannabis delivery in Mississauga for weed products or accessories, be sure you order enough to bring with you, so you'll be prepared to contribute fairly when you find yourself enjoying group sessions.

This is a piece of weed etiquette that has become increasingly important over the last few years, especially since the rise of the COVID variants.

No one wants to wake up sick the morning after an enjoyable group cannabis session, and you definitely don't want to be the person that gives all your friends a nasty cold or flu, because you were too nervous to tell them that you're feeling a bit under the weather.

In these scenarios, you can still go and spend time with the group, but order your own weed delivery in Mississauga for cannabis products that you keep to yourself.

Just explain to the group that you're feeling a bit stuffy (or whatever), and you don't want to chance giving anyone an illness. Not only will they appreciate your honestly, but you'll probably earn a bit of respect for going the extra mile to protect them from getting sick as well.

5.) Be a Thoughtful Host or Guest

If you're hosting the session for the evening, try to be considerate to everyone that you're inviting. This could look a few different ways.

For some people with larger groups, this can be helping to encourage an open dialogue about cannabis use when one group is going outside to smoke a session, if not everyone has been invited.

You don't want any of your guests to feel left out, and with large group hang-outs, it's easy for someone to get forgotten accidentally, and then end up with hurt feelings.

When you're not hosting and find yourself in these situations, try to be as transparent about what you're doing as possible. Even if not every party-goer at the event is a cannabis user, some people would enjoy standing outside with you while you smoke, rather than be left sitting in an empty room.

6.) Don't Toss It Until Everyone is Done

This is a huge issue in some groups, because some consumers have a habit of just butting out the joint and tossing away the roach when they're done, without bothering to ask anyone else if they'd like to finish it.

Different cannabis users will have unique plans for the end of that joint. Some people just want to toss it, and don't find them worthwhile to save. Others like to break down the roach immediately, so they can put the remaining weed in a bowl or pipe to finish.

There are even some users who collect roaches for months on end, and then will spend an afternoon breaking down dozens of roaches, so that they can roll a few 'free' roach joints - they may not smell great, but they're certainly a potent, conservative option nonetheless.

The point is that even if you brought the weed and rolled it, once you've included other people in the session, you shouldn't assume that everyone is done with it as soon as you are. If you're going to throw it away anyways, it shouldn't matter whether someone else would like to try and get a little more out of it.

One of the grossest things that can happen to you when you're at a group session is when the person on your right suddenly passes you a sopping wet joint.

Unfortunately, there's not much you can do about it, other than try not to gag while you're taking your turn. That person broke an important rule in cannabis etiquette - no fish lips!

Fish lips is the term consumers use to describe 'sucking' on a joint or blunt, instead of smoking it. You're supposed to purse your lips when you pull in smoke, so that your tongue and the insides of your mouth don't touch the end of the joint.

Absolutely no one wants you to pass them a soggy joint, so do your best to keep it dry. The only person who should ever have their tongue on a joint is the person who rolled it.

Get Weed Delivery in Mississauga for Any Cannabis Products You Enjoy

There are tons of reasons that you may want to visit House of Cannabis stores in Toronto: edibles, cannabis drinks, concentrates, vape pens and cartridges, cannabis oils, topicals, weed accessories like rolling papers, and of course, Toronto's best cannabis strains.

But just because you can't get all the way into the city to come and see us in-store, doesn't mean you can't still take advantage of all the incredible cannabis products that House of Cannabis stores in Toronto carry.

One of our helpful budtenders will be glad to answer questions that you have about any of the cannabis products that we have in stock.

Don't need any help? Ready to get rolling?