Discussing Myths About Weed in Mississauga 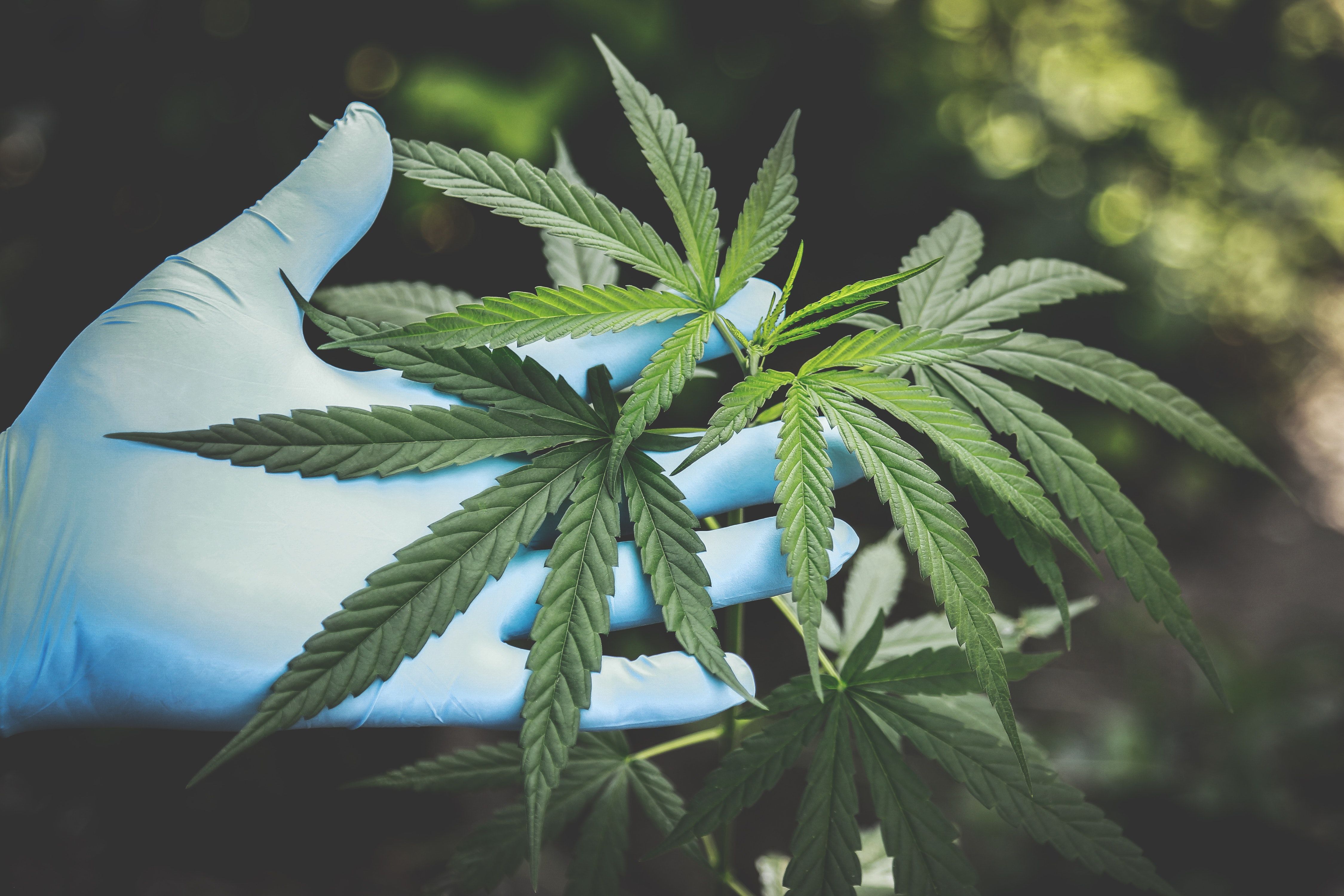 There are a lot of things that you might hear about cannabis products that may or may not be true, and it can be hard, even as a veteran cannabis user, to determine what myths might be true and which are definitely not.

House of Cannabis stores in Toronto believe that cannabis education should be one of the most important parts of your shopping experience. This way, when you order weed delivery in Mississauga, you get cannabis products that are going to provide you with the type of cannabis experience you're looking for.

With that in mind, we decided to talk about some of the biggest cannabis myths out there, and then look at how true some of them actually are. When we're done, you'll be ready to do cannabis delivery in Mississauga for the weed products or accessories you're interested in trying.

This is a misleading statement and untrue. There are hundreds of thousands of cannabis users across the world, and they're not less intelligent for using cannabis.

Just because you may feel slower than normal when you're using cannabis products, doesn't mean that it's having a permanent impact on your intelligence.

In truth, there have been a number of studies done in the past that have tried to make the association between cannabis use and decline in IQ. Unfortunately, it's been noted that many of these studies not only avoided looking at the long-term implications of cannabis use (which might actually yield long-term evidence one way or the other), but they also don't consider outside factors that could also affect the results, apart from heavy, frequent cannabis use.

This has resulted in some studies that have claimed that cannabis can affect your intelligence, and then become focal points for anti-cannabis news sources that neglect to note any flaws in the study. Instead, they take preliminary findings as cold, hard facts.

The fact of the matter is that we don't really know what the long-term impacts on brain function from cannabis use are. There haven't been enough peer-reviewed studies done to draw any firm conclusions.

However, you can take confidence that if your parents or grandparents are telling you that ordering weed delivery in Mississauga for cannabis products like pre-rolled joints to enjoy on your day off will make you stupid, their statements aren't based in any actual facts.

Just maybe don't tell them that - it probably won't go over well for you.

Myth #2: Weed is a Gateway Drug

This is a myth that will never be able to be definitively proven true or false, and that's because each person's life journey is different.

For some people, cannabis may actually function as a gateway to other, harder drugs, but typically, these people are looking for extreme escapism that their cannabis experiences simply can't provide anyway.

In turn, this results in them moving onto harder drugs that they likely would have tried anyways, even if they hadn't started with cannabis.

Unfortunately, many anti-cannabis enthusiasts don't see things this way. They just see the correlation that many hard drug users start with cannabis at some point, as a natural beginning, because it's much more easily accessible and less intimidating than other illicit drugs.

However, this doesn't mean that these two factors are related. Some people may just be looking for full-on hallucinogenic experiences or intense physical sensations that can't be provided by cannabis. Others may have no interest in trying anything stronger than cannabis, and some people don't even want the euphoric feelings that cannabis offers, but are interested in things like CBD.

The truth here is that there are no hard facts that point to whether this myth is true or not, because it all depends on the person. Yet, we can say there is no reason why cannabis specifically would encourage someone to move onto harder drugs. That mentality comes with the user, not from the cannabis plant.

Only you know how far you want to take your experiences, because you're the only one that knows what's right for you.

Myth #3: Cannabis is as Bad for You as Cigarettes

This myth has been proven to be untrue.

Not only are there more carcinogens (cancer causing chemicals) in cigarettes, but there are a wide variety of other chemicals that are also bad for your body and not found in the cannabis plant.

There are some carcinogens in cannabis, but the comparison isn't valid, since there are no studies that have been done at this time that link cannabis use to cancer, the same way that cigarettes have been. Some studies have even shown preliminary evidence that cannabis may potentially be useful in tandem with cancer treatments, but these studies are still early and not definitively proven yet.

Because there are minimal long-term cannabis studies vs tobacco use studies, it's hard to compare the potential long-term implications of using cannabis vs cigarettes.

However, given the relationship between cigarettes and cancer vs cannabis and cancer, there is the potential that in some very important ways, cannabis is not nearly as harmful for your body as cigarettes are.

Myth #4: Weed is Worse for You Than Alcohol

This is a difficult myth to debunk, because traditionally many cannabis users would scoff at this topic even being brought up. Plus, anything used in excess can be harmful for our bodies - alcohol, cannabis, or otherwise.

Alcohol is damaging to your stomach, kidneys, liver, and brain, especially with long-term, heavy use. The same volume of cannabis use can have a negative impact on your respiratory health, and the long-term impacts on brain function are still being determined.

This means that on the surface, it would appear that alcohol does have a much more immediate, negative impact on our bodies than cannabis, but because very few studies have ever been done to compare the two (particularly with long-term use), it's an impossible comparison.

Since they affect different parts of the body, it's difficult to even begin comparing the long-term health implications of the two.

As cannabis enthusiasts, we'd like to believe that cannabis is a better, healthier choice than alcohol, but without hard evidence to prove anything, it's all opinions and hearsay.

What we can say is that many cannabis users will attest to the fact that they make better, less self-destructive choices when using cannabis vs alcohol. So, at least when we're discussing self-imposed dangers, cannabis appears to be the safer choice over alcohol.

Plus, a weed hangover pales in comparison to a bad alcohol hangover, and that alone is enough to impact the consumption choices of some people.

There have been a fair number of studies done on this topic, and some of the studies in the past tried to tie cannabis unsuccessfully to causing certain types of cancers.

More recently, cannabis has begun to be used more readily alongside cancer treatments, as a method for potentially reducing the symptoms of cancer treatments(i.e., nausea, vomiting, loss of appetite, etc.).

We're not doctors at House of Cannabis, so we can't attest to the medical benefits of cannabis. However, we do know what we like, and we know what the best cannabis brands in Canada claim their products can offer.

If you're going through cancer treatments, there's a good chance you've already talked to your doctor about cannabis, and you know what kind of thing you're hoping to gain from your cannabis experience.

Even if you can't come to visit us in-store and need to order weed delivery in Mississauga for your cannabis products, just give us a call. We'll be happy to make recommendations for you based on your needs and the products that we currently have in stock.

Myth #6: Cannabis Can Turn You into a Criminal

This is patently untrue.

Now that cannabis is legal in Canada, you can get government-approved cannabis items for weed delivery in Mississauga that are not only legal, but they're 100% safe-to-use as well.

The days of cannabis users being branded as criminals are over in Canada, and House of Cannabis stores in Ontario are working hard to help debunk this old, unpleasant stigma.

There are tens of thousands of hard-working cannabis users living in Ontario alone, and just because they use cannabis doesn't mean that they aren't respectable, honest people.

There are plenty of substances that can lead people to making dangerous, poorly planned decisions (we're looking at you, alcohol), but even those don't inherently make someone into a criminal.

We're all responsible for our own actions. Trying to blame cannabis for a person's criminal behavior only serves to give them more freedom to make poor choices in the future, because they can then use cannabis as a scapegoat.

Anything can be addictive if you use it frequently enough.

So, yes. Cannabis can be addictive for users that use cannabis frequently (multiple times a day), but unlike many other substances that are chemically addictive, cannabis can become a habitual addiction.

Much like food, gum, or many other non-chemically addictive substances, cannabis products can become a routine part of your day, which in turn leads to feelings of anxiousness, stress, and discomfort when removed from our daily activities.

However, unlike many other forms of chemical addiction, it doesn't carry heavy physical withdrawals - although it does come with some mental withdrawal symptoms, such as the potential for overwhelming urges to consume when going a long period without.

This means that yes, cannabis can become addictive for some heavy cannabis users, but there is nothing definitive in cannabis that makes it inherently addictive for all consumers.

Get Convenient Weed Delivery in Mississauga for Your Cannabis Products

Now that you know a bit more about the myths that surround cannabis, you're better prepared to order weed delivery in Mississauga for any cannabis products that have caught your eye.

Need a bit more assistance before you order weed delivery in Mississauga? Cannabis products are our specialty, so give one of our stores a call, and we'll be glad to answer any questions that you might have about our wide range of products.

Don't need any help? Ready to get rolling?